According to preliminary figures published by Confindustria Ceramica and Prometeia, total sales reached 458 million sqm, up 12% on the pre-Covid year 2019. Exports climbed by 15% against 2020 and by 13% with respect to 2019, while Italian domestic sales returned to growth after 20 years (+9% compared to 2019). The positive market scenario is overshadowed by surging costs of natural gas (+400%), raw materials and maritime transport, all of which are making business activities unsustainable.

According to figures announced by Confindustria Ceramica chairman Giovanni Savorani during the customary end-of-year press conference, the Italian ceramic tile industry has recorded strong growth in production, sales and exports in 2021, surpassing even pre-pandemic levels.

The 2021 preliminary results compiled by Prometeia based on sector data show total sales volumes of around 458 million sqm (+12% on 2019), exports of around 367 million sqm (+13% on 2019 and +15% on 2020) and domestic sales of more than 91 million sqm (+9%), the latter returning to growth after a 20-year decline. The growth in exports involves virtually all the main international markets, with the strongest performances in the United States, Germany, Belgium and the Netherlands.

However, the positive situation is overshadowed by huge increases in the costs of all production factors, especially energy, as well as shortages of certain types of raw materials and maritime transport difficulties.

“The positive market sentiment and strong demand will allow us to close this year’s accounts on a positive note, but there is little cause for optimism. The dramatic increase in the costs of all production factors is putting a severe strain on our companies’ present and future competitiveness. For perhaps the first time in our history we are experiencing the paradoxical situation of being flooded with orders from all over the world but facing extremely high pressure on our margins,” said Giovanni Savorani, explaining that the Italian ceramic industry’s energy bill has risen by around 400% from €250 million a year to the current figure of almost €1 billion, close to one fifth of the sector’s turnover. “Even if we raise our selling prices, we still have to deal with an unsustainable escalation of costs,” Savorani added.

Confindustria Ceramica’s chairman believes that action is urgently needed to ease the unsustainable situation regarding natural gas. An initial step could be to replace a portion of imported gas with domestically produced gas – primarily from the Adriatic Sea – at regulated prices and as part of a process of energy transition. “In 1995, Italy extracted more than 20 billion cubic metres of gas compared to the current figure of 4 billion cubic metres,” noted Savorani, adding that if action is not taken swiftly, “we may be left empty-handed, given that some neighbouring countries are already drawing from these shared deposits”.

The rise in energy costs is also related to ETS allowance prices, which rose from €20-25 per tonne to €85 per tonne in December as a result of speculation, which risks transferring resources from the real economy consisting of businesses and jobs to the world of finance.

“We are entirely in favour of the principle of taking action to protect the planet as part of an energy transition process,” stressed Giovanni Savorani. “However, we can only switch to other energy sources when they are available and at prices that are competitive with gas. Otherwise we risk losing competitiveness and market share to non-EU producers, leading to a serious risk of production relocation.”

But energy costs are not the only factor of concern to industry leaders. Other production factors such as cardboard, pallets and shrink film have also experienced price increases in recent months. The situation is even more complex in the case of raw materials, some of which (such as zirconium and alumina used for white bodies) are now completely unavailable. This is having serious repercussions on companies’ production schedules as they find themselves unable to manufacture products they have already sold.

On top of this, companies are also facing transport difficulties. “In recent months we had already been issuing warnings about the crisis in sea transport, from soaring maritime freight rates to difficulties in finding containers,” said Savorani. “Unfortunately, the situation has not improved. We have received reports, for example, that in several US ports there are dozens of cargo ships at anchor waiting to unload their containers. This situation is causing delivery delays and higher costs.” 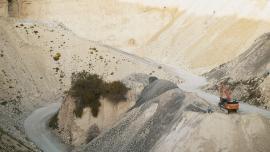 From the uncertainties surrounding gas availability and prices to the race to replace Ukrainian raw materials. The Italian ceramic tile industry is facing the challenge of rising… 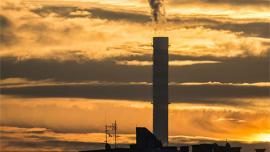 Energy bills, that have more than tripled since the beginning of the year, are wiping out the effects of the economic recovery. The risk for some companies is to be forced to…

Soft mud brick production: Easymud® by Capaccioli is the solution