The deal will be finalised in the first quarter of 2023 and will establish Mohawk Industries as the market leader in terms of value in Brazil, where it already operates with Eliane.

Just a few months after finalising an agreement to acquire Mexican company Vitromex (the transaction is expected to close in the first half of 2023, subject to government approvals), Mohawk Industries is looking to expand further in Brazil, where it has already been operating since 2018 through Eliane.

On 3 November, the group announced an agreement to purchase Elizabeth Revestimentos, a company founded in 1984 in Joao Pessoa in the state of Paraiba. Elizabeth has four manufacturing units located strategically throughout the country to optimise distribution: two for the production of porcelain tiles in the State of Paraiba and two for the production of ceramic tiles in Criciuma (Santa Catarina) and Goianinha (Rio Grande do Norte).

Following this latest transaction, which is expected to close in the first quarter of 2023, Mohawk Industries will become the largest ceramic tile producer by value in Brazil. The synergies generated by Eliane and Elizabeth’s combined business will leverage their respective strengths, enhancing the product offering, operational efficiencies and service capabilities.

Once finalised, the acquisitions of Vitromex and Elizabeth will bring the American flooring multinational an additional capacity of around a hundred million square metres, further enhancing its position as the world leader in the ceramic tile sector.

The Calhoun-based group’s third-quarter results to 1 October showed the first signs of slackening growth due to weaker demand and a general increase in costs. As chairman and CEO Jeffrey S. Lorberbaum noted,

“Mohawk’s third quarter sales [$2.9 billion, an increase of 3.6% on the third quarter of 2021 as reported and 8.3% on a constant basis - Ed.] increased primarily from price increases and strength in the commercial sector. Our sales were weaker than we anticipated, as the retail channel softened across all regions and product categories. Our operating income declined as lower volume resulted in higher unabsorbed cost and material, energy and transportation inflation impacted our results.”

Overall, Mohawk Industries posted sales of $9.1 billion in the first nine months of 2022, an increase of 7.7% versus prior year as reported or 12.1% on a constant basis, while adjusted net earnings (excluding non-cash impairment charges and other non-recurring charges) fell to $739 million compared to $844 million in the first 9 months of 2021.

Operations in Europe have been impacted more than elsewhere due to the unprecedented energy crisis and high inflation, while pricing has failed to keep up with the increases in costs. Lorberbaum notes that the high cost of energy has forced European consumers to concentrate on necessities and defer discretionary purchases, so sales and margins in the market will remain under pressure until the region overcomes these challenges.

The biggest obstacles in the US are high inflation and mortgage rates that have risen from below 3% to approximately 7%.

Here, explains Lorberbaum, “the residential market is expected to decline further, including remodelling which has slowed in recent months. However, a long-term recovery is expected as the US has a housing deficit of five million units, and more than half of US homes are over 50 years old.”

Despite strong headwinds in Europe, the Global Ceramic segment delivered the strongest operating performance in the third quarter of 2022 and the first nine months of the year as a whole. In the period July-September, net sales grew by 9.8% as reported to $1.1 billion (12.4% on a constant basis) while adjusted operating margin was 12.1%. Total revenue for the nine months reached $3.32 billion, an increase of 11.9% over 2021 and a 36.5% share of the group’s consolidated revenues.

Sales in the new home construction channel were solid in most geographies, and the commercial channel showed resilience with new construction and remodelling projects continuing.

As already mentioned, residential remodelling slowed in most markets due to tightening consumer discretionary spending and higher interest rates.

Sales in the US ceramic business expanded during the quarter, with high-end quartz countertop sales growing due to the introduction of new higher-margin collections that offer an alternative to European imports. The European ceramic results exceeded expectations due to sales and pricing actions, a positive mix and Italian energy subsidies. Sales of premium collections remained strong, while increased gas prices impacted sales of outdoor and lower-end products.

All businesses are reducing production in the fourth quarter, reported Lorberbaum.

The group’s solidity is a guarantee of long-term success

Given the impossibility of predicting the duration of current economic conditions and their impact on the industry, Mohawk Industries is focusing on investments aimed at maximising long-term profitability. The group expects to see slacker demand in the fourth quarter of 2022, prompting the decision to reduce production volumes while adopting a series of actions to enhance sales (increasing promotional activity, introducing differentiated collections and reacting to competitive actions) and lower administrative and manufacturing costs.

Lorberbaum’s outlook for the future remains positive: “During past decades, Mohawk has successfully managed through many challenging periods and industry recessions. The fundamentals of our business remain strong, and flooring remains an essential component of all new construction and remodelling. Mohawk has built leading positions in key markets around the globe with well-known brands and an extensive product offering. During this period, we are investing for the market rebound that always occurs after our industry contracts. We are expanding our higher growth categories of LVT, laminate, quartz countertops, premium ceramic and insulation. “We have also made strategic acquisitions that bolt on to our businesses and create significant synergies. Mohawk has a strong balance sheet with low net debt leverage of 1.2 times EBITDA and available liquidity exceeding $1.8 billion to manage through the current environment and optimize the long-term results.” 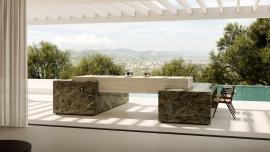 The $293 million deal with Grupo Industrial Saltillo was signed on 3 June and is expected to close in the second half of 2022. 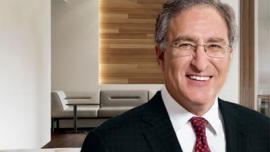 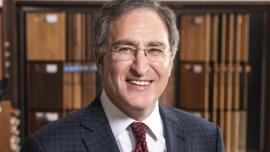 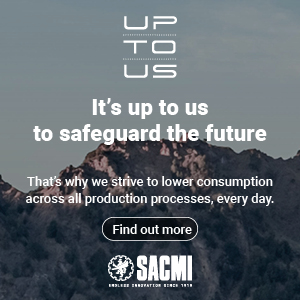 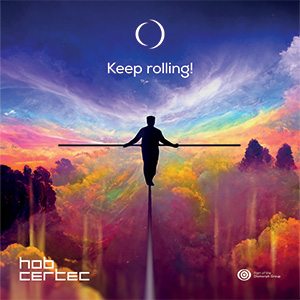